Many are now applying for student loan forgiveness, saying that the schools they went to defrauded them of tens of thousands of dollars. These for profit colleges promised the students things that these graduates said were never delivered upon. Ana Kasparian, Kim Horcher (Nerd Alert), and Margaret Howell (The LipTV) hosts of The Young Turks discuss.

Should these graduates get forgiveness for their loans? Let us know in the comments below.

“Americans are flooding the government with appeals to have their student loans forgiven on the grounds that schools deceived them with false promises of a well-paying career—part of a growing protest against years of surging college costs.

In the past six months, more than 7,500 borrowers owing $164 million have applied to have their student debt expunged under an obscure federal law that had been app... 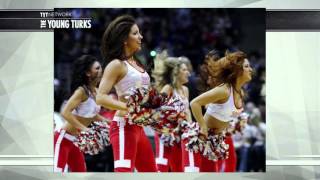 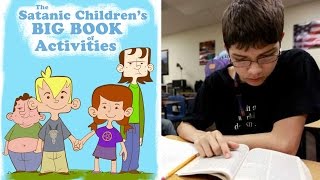 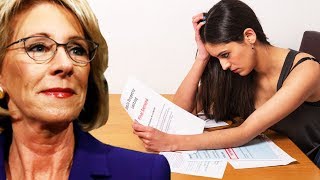 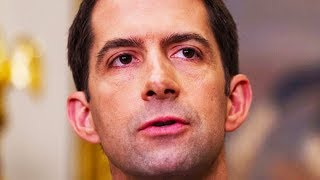 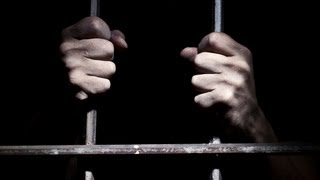 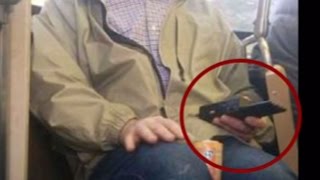 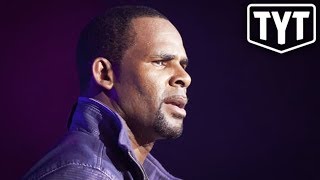 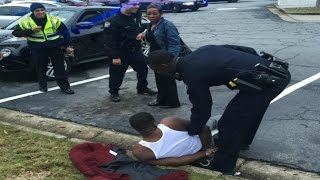 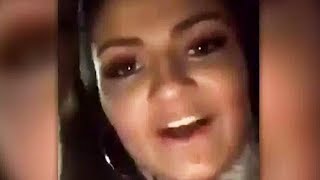 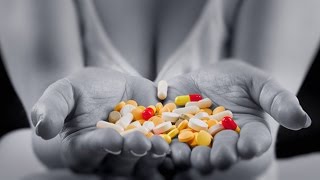 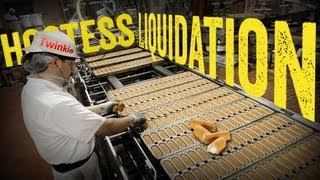 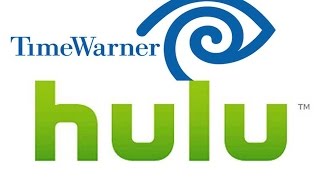 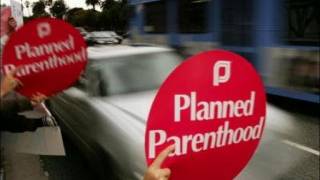 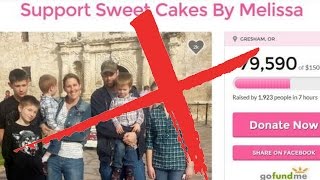 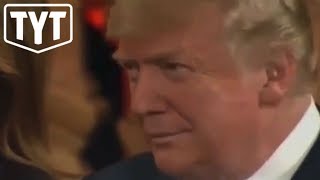 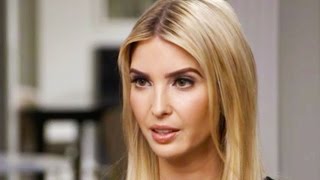 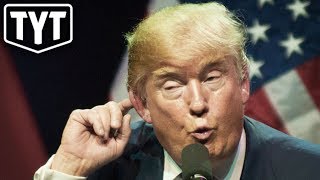 Wouldn't be in this mess if it wasn't for democrat policy. Garenteeing student loans for 18 year olds. What's next, universal income? Free Healthcare? How many times must we touch the stove socialists...

If your reading this and have attended Devry University you need to file a borrowers defense claim...

what is student protection from having to pay loan back when a school said they would: have a program to get bachelors the following year, but failed to do then moving 27 hrs away to complete the bachelor's program, just to have school close and yet have the loan in full to pay back?

Margaret is spot on.

Gainful employment laws -- where would this lead me?

Where do you apply for these loans? Dept. of Education?

also watch out for fraudulent companies preying upon poor students. Black Chyna keeps promoting fake crap and lately it was a fraudulent company that totally screws over students with debt. Kinda like her newly adopted fam with their "waist trainers" which are actually their post lipo garments

If you borrowed money, you have to pay it back. It would be complete bs for people to just get a free ride and not pay nothing in return. I shouldnt have to pay for someones dumb decision. People should at least pay back half of what they owe instead of not paying anything back.

If you think your student debt is bad now, wait until you have to pay everyone else's debt too.

I have an outstanding student loan since 1989. I wasn't able to pay this due to being a single mom. Well I started paying it recently but since I lost my job I am in forbearanceThis "Career College" was in Bellflower CA and it closed down. I recently wanted to go back to school so I contacted Post Secondary Education to obtain my transcripts. There's no records?!?!?! There's no record of my GED.So my question is. Why would I be paying for a student loan on an education there is no record of?!?!?!

You choose to major in Women's Studies and then you claim fraud when you can't get a job?!?!?!?!

Ultra leftist want universal healthcare but should housing and food be a basic human right? You need a home and food before you need healthcare. Be consistent here, free housing and free food. Na, can't do that.

Damn baby. Is your bush red as well?

Bankers and college deans need to be in prison.

I worked at McDonalds from 16 to 19. I quit that shit and enrolled in college to study physics.

Now I'm 24 and I'm working with a bunch of 16 year olds at McDonalds. Everybody is telling me "wtf are you doing, why don't you use your degree to get a better job?" I'm trying okay? I sent in more resumes than I can count. Any decent job with any decent company wants graduate degrees and experience and I can't afford to get any of that. I'm just stuck here with no insurance, no money for new clothes or dates, no nothing. I'm just struggling every day. But didn't I already work my ass off? I'm freaking tired somebody just give me a decent job!!!

Yes my school tricked me as a teenager into going into massive debt. Then, a few years later they paid me 8 dollars an hour to do scientific research and help them build credibility.

We have income based repayment plans already... if the school defrauded them its not debt forgiveness its massive lawsuit in their favor enough to put the offending school out of business. If we are going to use the Treasury for a bailout it shouldn't be filtered towards only people in the education system. We need a bailout for impoverished communities to help them build luxury housing and other infrastructure for themselves. My school was selling our computer science homework and software to people in industry and not even including the students in the sale. If students tried to do their own independent project to make money or profit from they were told they had to give a majority to the school. The school has all educationally licensed products and isn't allowed to use their products for commercial use. Its 100% game point checkmate if laws apply. If people openly cheat and rig elections just to have things feel the same its concrete box for people that continue to cry for

maybe if you don't take gender studies, you don't need to have other ppl bail ur ass out

$40,000 in debt...but working in a horrible job in my field. I'm a graphic designer and if it wasn't for the "IN" that I had into the company, I wouldn't have this job. It took me 4 years to get a Graphics job after I graduated. The called me a year after I graduated when I was working as a waitress and was so happy that I found a job. I was homeless in the next couple of months cause I couldn't pay my bills and rent.

in lots of countries education is free. if the government tried to make students pay. students strike and occupy the schools. there is no solidarity in the usa Its all survival of the richest. I even heard that in some states unions are not allowed plus in lots of countries you get money monthly. america can not afford free ed because they spend so much on the army

If the schools defrauded them, then let them get their money back from the schools. Not the taxpayer.

Blaming the market when the government is providing a never ending river of free money is just intellectually dishonest.

that asian girl is getting fatter and uglier by the second

Ana too much makeup!

"Forgiveness", HA! You're still going to pay a huge tax penalty and ruin your credit. Just pay your bills the way you are supposed to.

I really want to know what Pearson Higher Education would have to say about this, considering they run the Learning Studios platform which a lot of colleges run on for use with their online classes, including Corinthian Colleges. It seems as though they might have some opinions on this.

Ana getting it wrong again, blaiming "capitalism" when it's not capitalism at all. The reason why schools have become such shams is because of the subsidization itself. If you guarantee a price, the price is guaranteed to rise. That's exactly what we've seen with government intervention in the markets; including the educational system. If you put government in charge of the Gobi Desert, in 10 years you'd be running short on sand.

:40 seconds in, and Ana is clothed. John better we wearing a tight tank top this time.

This is why we need to elect Bernie Sanders.

I was told by my academic advisor halfway thru my 4 years at columbia college that I wasn't able to add a minor in early childhood education... my major was creative writing (which I have my degree in) and I wanted a fallback cushion just in case... I ended up taking out a total of 45k to finish my degree and I can't really do much but work AT columbia... well, I can't even do that cuz I owe em $1,100 lol fml

it appears to be a mathamatical impossability to pay off those debts. this is a case where doing the impossible is not cool

Margaret, please look at the camera! you have great points, it's just hard to pay attention to the screen when you can't see the journalists looking at you.

America is finished. There are no jobs in any sector but minimum wage temp jobs and even that is disappearing with big retailers closing stores state to state.

In my country I get paid to go to school. Stupid Americans LOL!

Education should be based on ability and as free as possible

It is not the role of the government to protect them from themselves. That responsibility lies directly on their parents, and their own ability to raise responsible well informed children. This nation has failed to do that, and it started with our parents, they sold us to the lowest bidder.

Student loans are modern form of wage slavery. The debt will must be forgiven because it is a significant impediment to life goals. With all our debt, millennials' economic purchasing power has been stunted. The economy will shrink if the debt is not forgiven.

what no market for African American/ feminist studies majors?  Proof that the biggest winners are those libretard professors who snooker kids into paying them for an education in something irrelevant.

I wish I saw this video five years ago... I would have recorded every conversation I had with my school officials. I actually left school without a degree and built my own networks in my industry and now I can make a decent amount of money (my for-profit school was doing nothing to help me get employed, so I stopped going to class and got myself jobs in my industry), but this is totally useless when you're starting out your adult life in $80,000 of debt. I don't know how a whole generation got tricked into this scam of the century.

if you take Gender studies...you should be charged more money

Maybe you should also look at the degree that those students who can't pay back their loans got as well. Now I'm sure that there are cases where colleges legitimately defrauded students, but I'd think the majority of people in this situation graduated with some worthless degree in chocolate eating, then wondered why they don't make the average 60k starting that their school advertises.

Also, your point about profit being a bad thing in college is totally misguided. It's not within a colleges best interest to provide sub-par education, while charging a premium. Students could easily go to another college with a better education.

The correct way to fix this problem is just stop giving students loans they can't afford to pay back...If that means that less kids go to college, then fine, so be it. Not everybody needs, or deserves to go. Its simple supply and demand. The federal government is giving students this money, vastly increasing the amount of people that can "afford" to go to coll

U of Pheonix is fucked if too many hipsters hear about this.

Isn't it funny how people wait until you piss away 4yrs. of your life and $60,000 to tell you your a idiot.

I love what you're saying here. Just one question. I thought that many of these schools are in fact accredited and that part of the problem is that the accreditation process I'd not in fact all that rigorous. Is that true?

"I want every else to pay for my stupid decision of taking a 60k loan for college." Typical Bernie supporter.

I say go to collage if you can the money system is breaking down anyways so take advantage of it, if you don't get a job after don't pay not like you could anyways.

If you privatized student financing, these phony schools wouldn't earn another cent.