when i was leaving one company to go work for another my peers and even some friends were telling me to open a computer repair shop. then and now i dont see how these mom and pop stores make any money in computer repair,and that is the big reason why i didnt did it then and still dont know how these repair shops are still in business now.

with computers being as such a low cost at the brick and mortar stores and even cheaper finds on the internet, do you see the computer repair business still being a viable service industry? or do you NEED to do more than just computer repairs, such as working on servers and even delving into the network side of this industry running cable, installing AP's and switches?

i am sure a lot of this depends on your region of the country or even what city you live in. 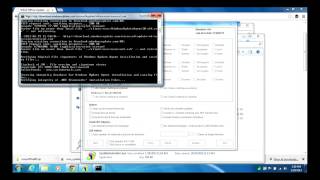 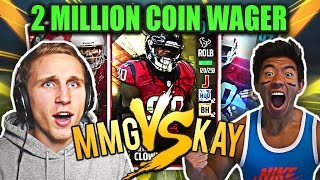 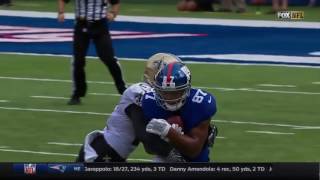 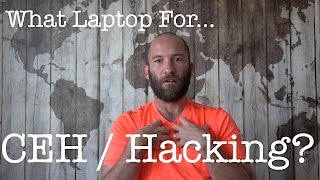 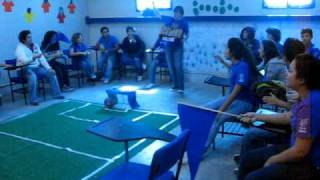 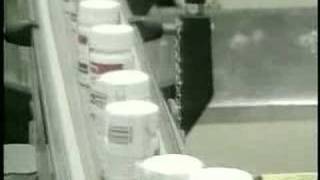 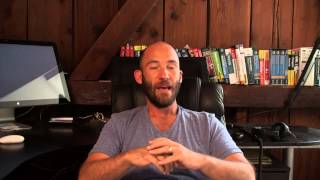 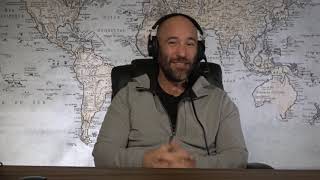 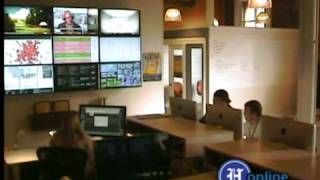 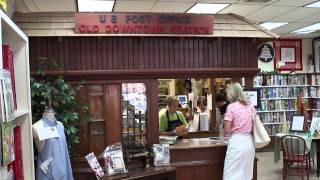 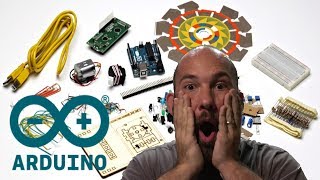 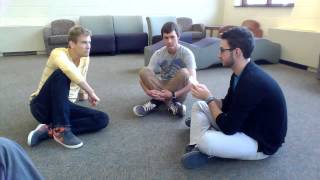 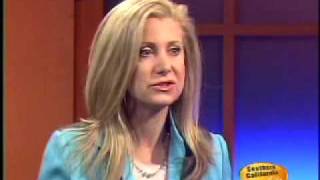 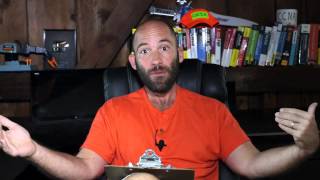 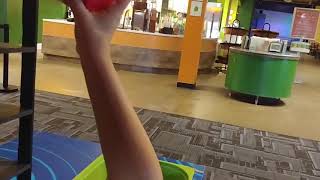 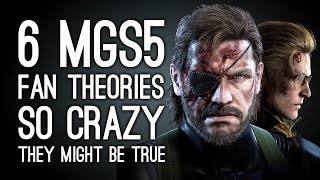 I'm Computer Technician having 7years experience in IT hardware field. I try allot of companies I get lot rejections.

Sucks it failed for you, doesn't mean it's failing for other people. I consider myself successful in 2018. My definition of success, 3 stores, Own my house, Mustang Convertible, Corvette Stingray, Mazda Miata, Civic (Just bought brand new last week) among other cars. You just have to adapt to the new world that is all. Do it right and you will never fail. 15 years in business by the way.

As long u create service contract it's viable

Went through school, college uni, for 7 years, now it's 2018 and all the businesses have moved from towns to major cities. FML.

i've pushed XP Pro on a Pentium 3 , 800 MHZ of raw power 1.5 gig mem i think , it was slow but manageable for most things , i don't play online games and had to download movies to watch em

Local repair shops actually can make a lot of money. The reason being is because you can't always connect to a Microsoft Technician. The reason for that is if you are in a blue screen, Or the problem makes it to where you can't access the internet, that is also a really big issue, Or if your computer has something wrong with it hardware wise to where the computer wont work at all once so ever. Those are all reasons why local repair shops really come in handy

When I was close my shop in 2012 in my market it was 20 bucks per "system reinstall". people there didn't care about data and just wanted a new system install. Hardware-wise, best place to work is in networking, the rest is mostly software.

I don't know what it is, but this guy gives the vibe that he's trying to rip people off. He says back in the old days that he made 200$ profit off of clients for a simple 1-2 hour job. He's downing the business because he's chasing money. In his eyes he wants to work for 140$ an hour because that's what he's always made. But I am telling you, there are those who actually enjoy helping people and customers. It's just that he is chasing the big bux, which is fine. But there are plenty of people who would enjoy the computer repair business for the aspect of it.

hell yeah dude loves your charisma keep it up man!

I once walked into a computer repair shop and told the owner it was my dream to have a shop like this. He lectured me for half an hour saying how the repair business is shit and it’s getting worse. That 30 minutes changed the whole path of my life.

I would love to make $50,000 a here doing what I like and having my own business. I'm a young man and trying to figure out a profession and computers that's worth going to school for in pursuing with an N game of making pretty good money and stability. any tips people?

What do you think about computer refurb companies?

Computer repair is dying fast. Laptop are being thrown away.

Less and less,people have computer at home because smartphones do almost,everyting that,a,computer does. There is thousand of tutorias on youtube about repair a computer or perform a system recovery .

I wish I could open a computer repair shop. I love repairing systems, but I guess I should follow where the money is. :(

Sandis Next  2 years ago

Does this apply to smartphone repair as well?

Seems to be the market is moving towards MSP style companies.

I agree with the computer repair going away, but cell phone and tablet repair is still good.

Hey, I can totally understand what you mean, but in this case my question is, what do you think is a good thing to do, how can you make money of the Tech. Industry? What is a good idea of starting off with?

What about smartphone repair?

There's the occasional dumbass like me that manages to accidentally have two operating systems trying to load themselves up on the same computer at the same time, but I'm not sure how many dumbasses like me there are per city.

your wrong i did 90k my first year and am on track to do 150 the numbers you quote were so low they were laughable . you must have been in bumfuck i have 20 feet of glass storefront thats my advertising. also seo which i did myself im number 2 in natural results 15k of searchs a month. so you sound like a sad failed businesman who holds a grudge cause he failed at computer repair.

"Had these even come out? The first iPad had just come out..."

I get this was live, but c'mon, you know the iPad wasn't the first tablet PC.

Nice vids men thanks you for this video. please check my channel and vids also.

Yes, absolutely. The trick is to not cater to one ecosystem. Support all platforms Windows/Apple/Android/Phones/Desktops/Laptops/Servers/Printers/Networks etc etc etc etc...

And you will never be out of business...

PC Repair is dead. Laptop referb/resell is still well alive. Which is kinda the same but not really. I also know some one who still prints money as an Unofficial Apple repair guy.

I do in home computer repair and deal with software, hardware, internet issues, malware, virus problems, wireless problems. I am honest and do no mark up on parts. I only charge for my time. I have been doing this since 2005 with no advertising. It's all word of mouth. I know what I am doing and fix peoples computer issues or if I can't fix it I don't charge. I live in a small area with about 15,000 people and now I am doing about $1000 profit a week which is a good salary in my area. Yes, I may have to work long hours sometimes but I am the boss. Nobody tells me what do or where to be. I have many repeat customers especially older folks who do things like turn off their wireless network, not know how to use the internet or print something, also a lot of malware issues with older folks. I charge $50 an hour and most fixes can be done in about 45 min. I never over charge people. I also teach a lot of people how to skype. You wouldn't believe the older folks who ask me to help them with

You have a point with windows 8-10. I HATE windows 8 graphical interface BUT I don't think I have really gotten any problems with it. Same with windows 10 which I don't mind and like using. I have a Toshiba from when windows 8 first came out. It still runs as smooth as it did out the box. Even after the free windows 10 update. Really surprised.

Sir are you still fixing Computer?

There's always people who will need assistance with their computers being computer-hardware illiterates.

Im having hard disk failure in my laptop. Can anyone help me about computer repair in Kolkata?

I had recently called a mechanic because I had same problem which you was explaining, it was not turning on 😲. That guy from computer repair shop came with a device, I don't know thats device name but I know that is use to check voltage of circuit. He put its 2 pins on mother board and told me that it is not responding. He took my cpu to his work shop.

Next day he came had said "one side of mother board was burned because of short circuit" he told me that he had replaced that part with a part in his shop.

He didn't mention any hing about psu. Now same problem is occuring after 1 week.

Is he is cheating me? Or make me fool?

Pls anybody answer me i don't want to waste my money more.

That office chair is so passe.

Well said! Why aren't you on CNBC? https://twitter.com/theyardguysllc

a lot of big companies still hire IT, companies or IT guys, if you are willing to work with small businesses as an Computer repair shop as well, as persona computers. You can still make a lot of money. If you wish as things are more and more things are computerized there is a way. The idea is to not focus on one thing.

There is a computer repair shop in the small town I live in that has FOUR employees, I have absolutely no idea how it's still in business, they must pay them with magic beans or something.

Those local computer shops were always going out of business, even back in the mid 90's through early 2000's.

I think it depends, the tablet, the I-phone could be broken by accident. The viruse can ruin your system and you need help to fix it. Obviously is not the same, but people still needs some one to help them when the computer gets seriously damage, you can losse your work or data in side of it.

I used to have one of those robotic arms in your background as a kid.