►Watch our favorite content on “Best of The Herd”: http://foxs.pt/BestOnTheHerd

See more from THE HERD: http://foxs.pt/THEHERDFoxSports

About The Herd with Coli... 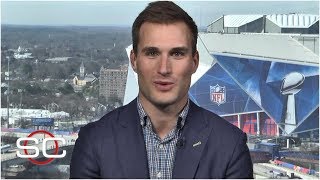 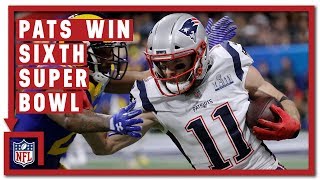 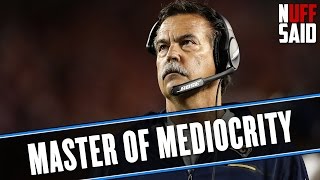 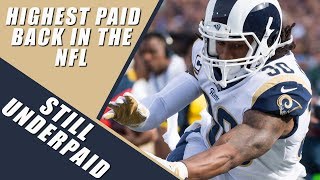 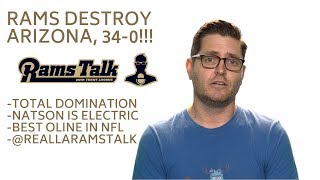 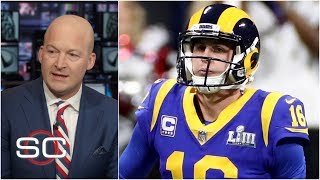 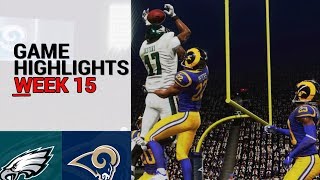 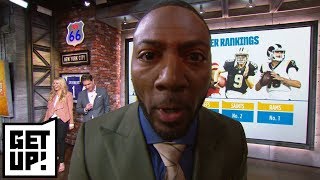 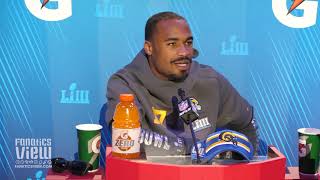 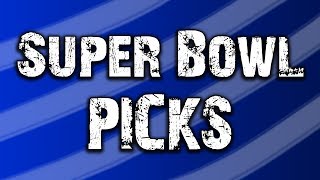 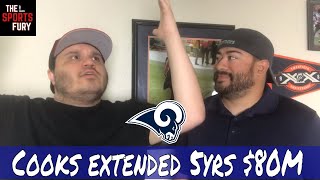 Is Brandin Cooks a good fit for the LA Rams?

This was a HUGE mistake, especially when they lost Gordon due to his demons. Now Brady doesn't have a real deep threat. Imagine if the Patriots lose to the Rams in the Super Bowl and Cooks has a BIG game? Belichick has to get Brady some talent like Cooks next year for them to keep competing for a Super Bowl.

Brandin Cooks is one helluva pro, a real treat watching this guy take the field, he'll light it up in L.A. pay the man.... :D

Edelman is back, NE got better picks by trading Cooks

As a PATS fan - Cooks, a nice guy, but seemed like an average wr. Big names come with big egos. Just cause the RAMS signed these big names don't mean anything - ask the PATRIOTS last year. Everyone had them going undefeated.

Watch cooks game in the afc chip, game for a wr in a while. He carried that team with Brady.

Idk where all this "one trick pony" stuff people talking about Brandin Cooks; the guy's an all around receiver

The so called experts are wrong a lot too. Like these two

Shopping spree on Rodeo Drive? How bout yard saleing in Beverley Hills?!? Your value is as good. LA Rams have too many chefs cooking the stew. Look for Rams moves to backfire in the face of a 32-year-old coach.

I don't think he ruined his draft stock

Colin loves everything the patriots do its obvious thats his team. He thinks one mayb 2 will be ok in LA. Every other reporter thinks they have done a great job and have improved

Classic Belichick with a great move. Rent a guy for a year with the 32nd pick. Turn around and trade him for the 23rd pick and with only 1 year left on his contract! The guy "didn't fit the team" and led all recievers with over a 1,00p yards and 7 TDs. He def would've improved in the 2nd year and I was excited to see it but we need to get young at specific, important positions.

Colin brings up that teams dont want cooks, but speaks bounds about peters when no team he has been on ended up wanting him 😂😂

The video starts at 1:17. he was talking about shopping before that. Also, Colin, you don't have to investigate to find out why they traded him, it is out there. They want to keep him but not willing to pay the money that he wanted so he is got to go like many other patriots in the past.

If he say shopping spree one more time

COLIN BLOWS SMOKE UP YOUR TUBES. DONT BUY INTO HIS GUESSING GAMES.

HEY I SEE YOU PATS GOT JORDAN MATTHEWS. CONGRATS, HES A GREAT PLAYER. KEEP ON PULLING BUFFALO BILLS PLAYERS AND IM GONNA HAVE TO CALL THEM “BUFFALO 2.0”.. or “NEW ENGLAND BILLS”. LOL.

He wasn’t a poor fit. He just whined his way out of New Orleans because he wasn’t the #1

Cooks should have stayed in New Orleans... Don't know why he wanted out

Oh but it will be the greatest ring, it will...

Bunch of players nobody wanted. Lmao

Cooks is a threat 😤 just know 💯

That hidden hate is crazy 😂 makes a few bad plays and then he doesn't fit all of a sudden.

They not gonna gel in that locker room lol talib and Suh? Should I say more? 😂 They gonna lead the NFL in penaltys 😂

Cooks is a pick up

Will Clark  2 years ago

ANYONE WHO BELIEVES THAT TOM BRADY AN THEM BOZOS WON ALL THOSE RINGS THE RIGHT WAY U ARE INSANE. THAT BRANDED TOM BRAIDED THE FACE TO PUT SOMEONE NEXT TO JORDAN IN THE LIGHT OF THE NFL. KNOW THIS HE WILL NOT WIN ANOTHER RING AN IF HE DOES WATCH THE PLAYS. CHECK WHO HANGS OUT IN THE OFF SEASON TOGEATHER. COACHES REFS AMONG OTHERS ITS ALL A SCQM THIS IS NO LONGER THE REAL DEAL NFL. AN ITS BEEN THAT WAY FOR A LONG TIME. WHY. PROTECTED THE GREEN. LAWSUITS. THE NFL LIKE I SAID IS NORHING TO BET ON U WHO HAVE BEEN BETTING STOP.

Will Clark  2 years ago

NFL GIVE IT UP HOW CAM ANYONE BET ON THE NFL. FAKE

a 'shopping spree' can't be premeditated. this was.

I love this trade for the Patriots. Now they have 2 first round picks, 3 second round picks I think and a bunch of other picks. He was solid here in NE, but all he does is go deep, and his onfield awareness is trash. Patriots will be just fine, Still have the GOAT TB12!!!

Unfortunately, the Patriots will be in the Super Bowl, Rams will not.... like always.

When Rosen drops and turns into the next Aaron Rodgers... I told ya so.

Everyone gearing up to play the eagles

Peters is overrated, if he doesn’t get exposed in the regular season he will for sure in the playoffs

Collin u trippin!! Cooks takes the top off the defense. Couple that with girley, and their WR’s!!! Don’t even mention their defense!!! Brady older and can’t throw the long ball anymore e.g possession wr’s dinks and dunks..

Pats have always done this with the skill positions (RB/WR). They pick up and develop young players into strong assets then trade once their value goes up and they demand more money. Receivers and running backs are easily replaceable and typically perform better with fresh legs out of college

LMAO keep hating on Cooks. The Rams will help him fit into our system. Reminds me of when y'all were doubting Woods last year.

Peters is a real good pick up if he can get his head on straight, I would have passed on Suh but being along side Donald might motivate him, Patriots definitely won the trade based on money alone your getting a Draft pick for 5 years in a rookie contract, What worries me Rosen is the guy was often injured he had one good year and then all you see were flashes I wouldn’t touch him in the top ten

The rams are looking for a one year Super Bowl run. Not hall of famers for the future

Eagles did this like 6 years ago, looked amazing on paper and just folded during the season!

Pats fan here.. cooks is a great wideout... my only gripe with him was that he doesnt make contested catches. For a downfield threat, those guys can usually go up and steal the ball away from defenders... cooks... not so much. This is my guess as to why the pats are ehhhhhhh about him

Notice how everyone thinks the pats are always right