Colombia and Venezuela: two neighboring countries that receive extremely different treatment by the US Empire and the mass media.

While Colombia is known for one of the worst human rights records in the world, it remains a top recipient of US military aid and enjoys uncritical press coverage in Western media--all while Trump threatens military intervention against Venezuela over unsubstantiated allegations.

Kovalik has done extensive work in Latin America and was an observer to the recent Constituent Assembly election in Venezuela. He also serves as Associate General Counsel of the United Steelworkers union, teaches International Human Rights at the University of Pittsburgh School of Law, and is the author of the new book "The Plot to Scapegoat Russia." 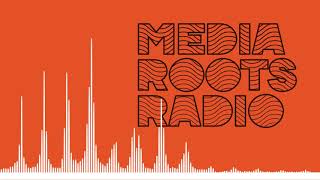 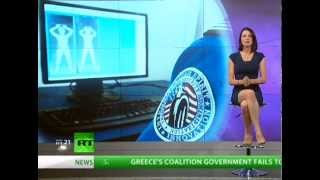 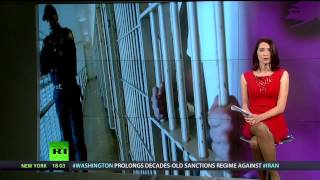 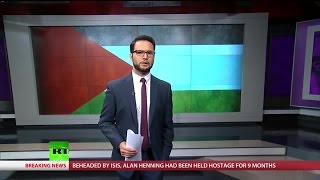 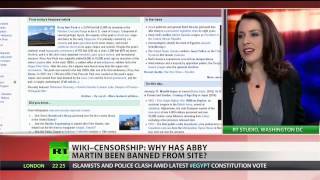 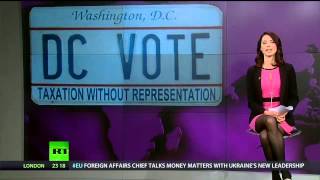 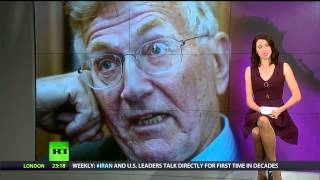 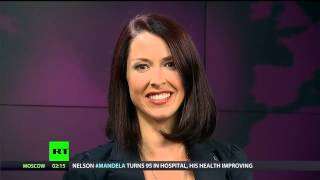 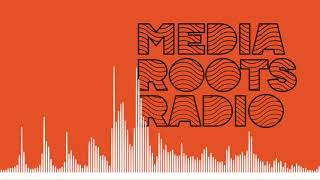 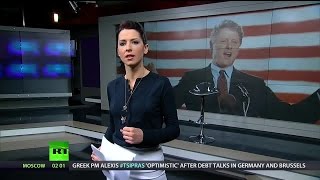 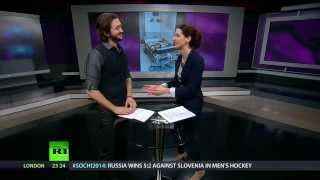 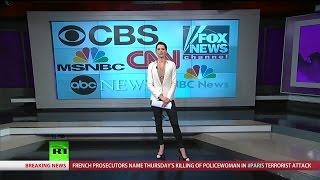 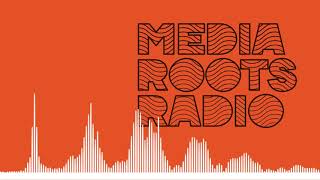 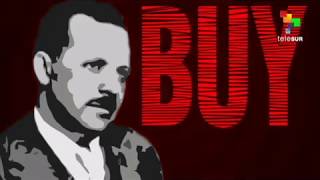 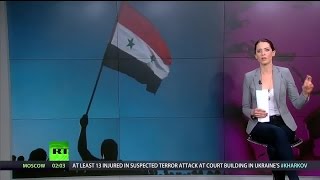 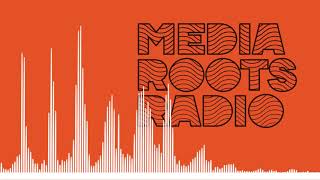 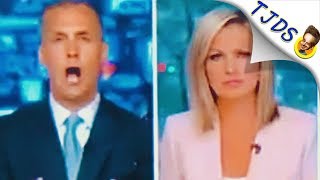 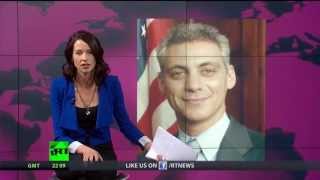 you won't see this on Telemundo...

I want to marry Abby Martin...if she's not taken..Excellency in reporting !!

Venezuela's OIL !!!MAKES IT US/UK/TERRORISTS,HOT BED !!CIA/IS GOOD AT IT ,IN LATIN AMERICA !!!KILL ,BLAME,DESTROY ,AND GET THEIR LAND AND OIL !!!CHIQUITA ,DOLE ,DEL MONTE ,HIRE THESE CRIMINAL PARAMILITARY ,KILLERS FOR HIRE ,FUNDED BY THE USA/UK !TO COMMIT GENOCIDES ,AND BLAME THE COLOMBIAN /VENEZUELA GOVERNMENTS !!

Oh! my god! this is exactly the reason that many leader are being killer... and human rights knows, and what the media is trying to do, is keep focusing in the Venezuela crisis. During the campain elections in Colombia 2018, all the publicity in the campain to the new president of Colombia they talked about the Venezuela crisis. They make statements telling all the human rights violation the current goverment has made, extrajudicial killing and staff, but how ironic is the goverment owning the media then Colombian people stop getting the attention into their own homeland and focus for what the media was telling, they spread fear....

Bananas, damn do I buy bananas or support thuggish thugs doing thuggish shhh? Damn conscience get off my case

I'm sorry to say that, I stopped watching the moment I saw his shoes. Human Rights Hypocrisy?

Rev. 11:18 But the nations became wrathful, and your own wrath came, and the appointed time came ... to bring to ruin those ruining the earth.

A This is how the evil Empire acts in Latin America in order to control and rob their natural resources.

If only Americans took the time to understand what we have done historically around the world to kill and maim for corporate profit.

Maybe then we wouldn’t be so arrogant and would understand why we are hated around the world.

Yes, many would love to come and live a better life in the US, why not, when it was their resources that we stole to make our country what it is today.

Very interesting, hearing another angle of what's happening in Venezuela - as well as the brief history of american collusion in Colombia. I've known for a while that the US has had a strong presence in post- WW2 latin-america, and that they've greatly contributed towards the destabilization of the region... but for it to be to this degree, is shocking. The US foreign policy and the (frankly) monstrous organizations that enforce these policies (like the CIA) has created or supported such unrest in multiple countries in the world, throughout the decades, seems almost too large to stop. It looks like these tactics are a fundemental part of how they operate. Short sighted goals, which are the acquisition of resources (mainly oil, it seems) or power in these regions, looks to be more important than the safety and welfare of the local population.

I wonder what it would take to change this selfish and destructive way of operating? On one hand, I think the american people, in general, cares

I dunno Abby, can't really back you on the anti-Columbia stuff, never been but I know one Columbian well, my "step" brother exchange student in USA, extraordinarily kind studying to be doctor, but! I will go with you on the Anti Chiquita Campaign! this name may be insulting to some girls! This Banana Operation needs to be ShutDown! Also people eat way too much banana in USA & Canada! with no tropical family background many of these people may be somewhat allergic to banana, also overuse may in fact lead to mineral imbalances! that then lead to: cancer! mental illness & contagion! As well as devastating cases of Alzheimers brain-rotting disease!!

God even if Venezuela were brining to the ground Telesur would still say hurr durr Colombia is a song for the imperialist while Venezuela is a paradise long live socialism ! Long live our “great leader” Chavez,

The Ultimate Reductionist  2 years ago

FUCK the USA. NUKE it.

The Ultimate Reductionist  2 years ago

Love how these Gringos love to talk about commies in SA or our indigenous when they once upon a time had indigenous too they don't have anymore because they killed them all. Yet, over here there's plenty of indigenous in Colombia, Brazil, Paraguay, Argentina, Chile, Uruguai, Peru.... Indigenous can be crazy commies too, I mean look at the MST movement in Brazil. Yes, USA always influences to the worst, but these Gringos act as if we didn't had any power over our actions, our minds and etc. Whatever USA has offered the ones killing are still Colombians, Brazil's filthy Government is made of Brazilians, so is the Argentinian filthy Government. As if we didn't had our own garbage to clean before being able to kick USA out. Colombians need to put down their puppet Government and give the middle finger to USA. It's ridiculous Colombia not being part of Mercosur

Wow. You must be doing something right - the rightwing reality-denialist brigade is out in force in these comments.

Worker co-ops are more prevalent in Latin and Central America than anywhere else. This is one of the main issues the criminal corporate cabal will not tolerate.

Damn is it just me or this guy kinda looks like Dan Harmon (Rick & Morty) ?

The United States is the most vial Empire in existence I wish I wasn't American I'm ashamed to be a citizen of this regime.

And what do people say when they are pressed on this issue? "Well look, these are 3rd world commie countries. They are backwards dictatorships, barbaric in nature, so whatever we do there is justified."

Thev FARC is gone? He makes this statement without explaining it . How did that happen?

Everything he said was 100% legit, but those Nikes though.

The ? is really effing up a lot of shit in the world.

You forgot to mention that the voters for the constituent assembly were singing and dancing on their way to the polling station.

Audio mix is messed up

Why am I getting no sound after the intro?

No doubt Kovalik knows a lot, but his talk has little coherence for the viewer.

The holocausts keep coming from US foreign policy of “exceptionalism” = “Nazi Übermensch”=”the chosen ones” over this planet, many executed by the CIA-Nazi’s:

The Jewish/Polish/Russian holocaust by Nazi’s

The German holocaust (Die Rheinweisen lager) by US army

The Ukranian holocaust (holodomor) by Stalin.

Or an interview with him about the recent Venezuelan elections

Or his "Tribute to Fidel Castro on His 90th Birthday"

fantastic mythbusting report! god I love Abby hehe! and thanks Dan for the work you do

The smuggling of subsidised food is a reason to stop subsidising food, and to instead INCREASE INCOMES for Venezuela's people, so they can afford more food THAT way.

The corporate oil tygoons want a coup/war to get Venezuela's light/thin oil to lube Canada's Bitumen ( dirty, heavy oil from the Alberta's tar sands) through dangerous/illegal pipelines (think Keystone XL) to oil refineries in the southern U.S. that the run off and/or spills and gas leaks will pollute air,water,kids,food...only to sell it to Europe which will compete with the Russia oil sales to Europe to try to put Russian territory/resources/politics ripe for a takeover as well.

17:20 Kovalik comments about Colombia "not having a central government until recently" -- I mentioned that to my (well informed) Colombian friend and he felt, I think, annoyed, replying that I must be awash in the misinformation of conspiracy literature, that of course there is a central government; that it's been in place continuously since the 19th century, which is more than can be said even for the US, considering the civil war. Can someone clarify what Kovalik meant by his comments?

Then Colombia isnt the problem, the real threat are the undercover operations runned under the cia policies.