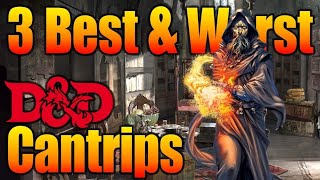 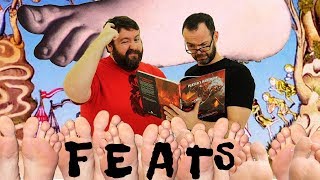 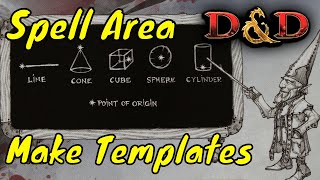 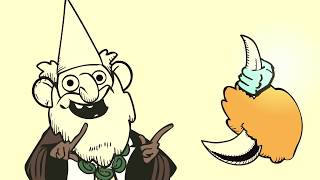 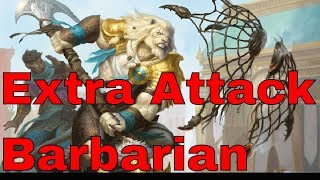 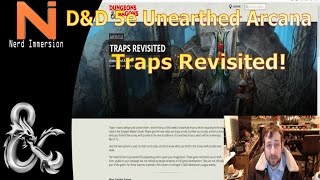 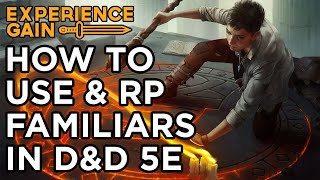 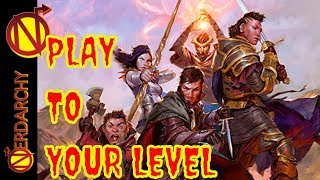 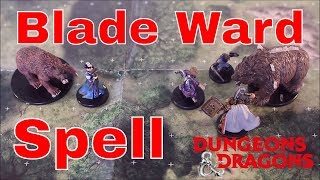 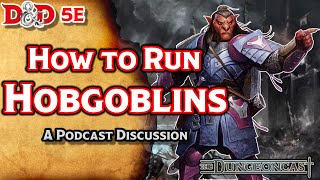 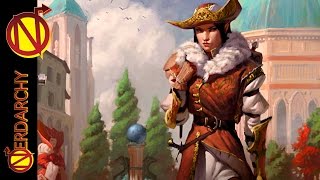 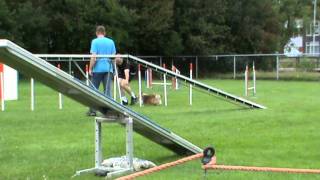 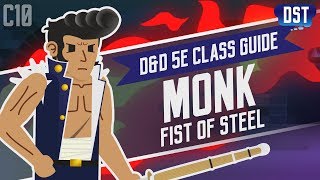 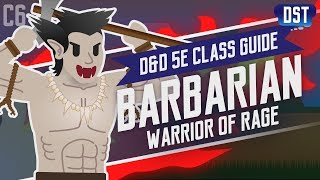 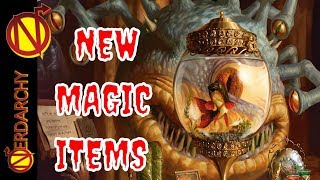 What about magical beasts as an item? Gave a player a salamander that functionally is a brooch of fire resistance, but he gets a little parasitic shoulder pet with the personality and intelligence of about a golden retriever. And I am pretty sure if a villain ever Ray of Frosts the little guy that would create a nemesis.

I made a cursed dagger of healing

Arm and leg bracers that have a succubus soul in it. It turns the welder into a succubus after 5 failed 15 wisdom checks.

The factory thing at the beginning made me think of Johnny 5.

The random refill potion bottle made me think of Bob from the first couple Dresden novels.

The hammer made me think of Flint The Time Detective.

I gave my nephew a sentient battle axe, it was magic for the purpose of overcoming resistance but it basically did battle cries when swung, and would spit and sputter when ever it was soaked in gore.

I have my Rod of Lordly Might in my fist right now..seems .happens almost every dyay when that happens it changes into amagical long sword.

One of my players found a sentient stick. They haven't gotten far enough in, to figure out it's story.

I had a sentient bow that had a child in it. My character basically became a mother of a cowardly child. Not fun.

Potions are friends not food

When the barbarian's sword is smarter than he is, things get...Interesting.

or something like the Coward Sword from YAFGC - it has the power of teleportation, but only uses it to teleport itself and its wielder out of combat. http://yafgc.net/comic/2930-gertrude-strikes-off/

Jaxi the Soul Blade from the Dragon Blood Series by Lindsay Buroker ( excellent author, btw) I think is a fantastic example of a sentient magic item and a great idea for an origin story for such an item.

I just made up my own stuff for my intelligent sword I made in 3.5 screw the table and charts

I love intelligent magical items, some of my favourite games have been played in a relatively low magic setting where just about all the M.I.s were unique intelligent items, it made them feel very special and allowed for some cool plot twists , i.e. our party ended up facing a bunch of powerful demons that looked way too powerful for us to deal with (we did try and run away!) until a previously "normal " magic sword revealed itself to contain a demon hating sentient force, also lead to a cool conclusion of the adventure as the sword broke and released the being after we had defeated this particular demon foe, very enjoyable adventuring!

I feel it really adds to the game where every magical item actually feels special and unique, even items without personalities should never be just "the +2 sword" it should be a blade finely crafted by the dwarves of wherever and enchanted at the hands of mage X , (the items from dwarf fortress can be great inspiration!), helps keep the players and GM

i dmed a marvel zombie type game once and had the players each pick an item from the marvel universe which each had the soul of said hero one of my characters foolishly chose thors hammer and so for like half the campain i had the hammer float along side the character until he tries to use it and then it just drops to the ground and yells you are not worthy .....

Out of all of the 3 items it seems Wave has the least "needs" like all you have to do is worship is a sea god. doesn't even have to be specific.

The DM of a game I'm in now gave me the option of a sentient brooch that made it so I could summon a higher level dragon with the find familiar spell. One of the downsides is that I would always smell like burning meat.

In my game there are these magic pools everywhere that if something falls into it it has a chance of becoming enchanted and one of my players ended up with a flaming sword...as in it's very very gay and loves to hit on any other swords it sees.

I made an intelligent *hat of devouring*, When attuning to it you had to make a charisma saving throw, if you make it the hat allows you to wear it and acts as a +2 to initiative due to it whispering. if you fail... well... you get devoured

I just had a great idea for my party's sword. If he gets it upgraded again, it'll just become sentient/sapient/whatever.

*fighter goes to where his sword is*

I had a petty magic sword once that hated to be dirty. I want to make armor that is a total pervert, talking about caressing you every curve. I also have an idea for a headbanger warhammer.

I like the idea of very mundane, but sentient items, like a music box that sings (badly) or a hand mirror that compliments or nags. A small bag for money that chastises for spending, etc.

I was a rogue whose primary weapon was a bag of devouring once, Id sneak up on people and stick the bag over their heads and pray to the gods it would eat them, was oddly effective:)

i also created a true neutral, indestructible intelligent tower that communicates verbally. It has no purpose but has frustrated many of my players to no end with its neutral ness

i gave my friend a ring of fred. it drops his int and wis by two and raises str by two. it is a mentally challenged not so intelliget, intelligent item. he doesnt really care but he likes shiny things and has terrible ideas

Talofa Nerdarchy, I was just wondering is it possible to create a magic item that levels up with its character???

In the 1990s there was a successful french roleplaying game called bloodlust with for concept to have the player be both a human and a magic weapon with a mind of its own. The weapon were actually gods in this sentient artefact form granting powers to the wielder. The human would in exchange need to satiate the lust of the god-weapon (fame, violence, sex, power...) including to gain game XP.

The concept of symbiotic relation between a weapon that need a wielder to be "alive" and experience things and an human receiving godlike power in exchange was so central that you could play either the human, the weapon, both at the same time or have some player as the human and the other as the weapon...

In 5e, that could be a fun character concept for a reskined warlock. You just have the pact of the blade to be made with the actual blade. All it takes to work is a level 3 start.

After that you can use a variant of the ritual that allow you to make any magic weapon youre new pact weapon. Using

10:00 You give the idea of giving a warlock's tome of shadows intelligence. What about their sword? Since similar to the tome their patron is embodying the weapon, but what would happen if the sword was already an intelligent item? would the patron kill the weapon's mind, would they both be in the weapon (maybe fighting each other) what do you think?

You guys just gave me a great idea... Sentient spellbooks!

I'm running a pathfinder campaign called Skulls and Shackles which is pirate themed. I only have three players, so to help them I gave them an intelligent battleaxe with the voice and personality of Barbosa from Pirates of the Carribbean. It wants to make the half-orc stronger, so it can attrmpt to take her over and reign as the Hurricane King

Your Old Pal Greeny  4 years ago

well... there is that one magic artifact that requires the positive energy plain and the headless body of a human hero....

I had a DM who had a world... Thing... that was sort of sentient magic item, part setting, and part plot pandering. Basically, an old necropolis would send out merchant carts to buy and sell goods, seeking specific things for components and rare materials. We would just find these ghost carts slowly wandering through random locations, and you could ask for items and different lanterns would light up if it had them for sale. If you had something it wanted, the front lights would shine and it became a minor Monty haul scenario, as it would offer to shower you with things to get whatever it was looking for. Always stuck in my mind as a cool dressing to the setting.

I'm just imagining a sentient item as a familiar!

In one DM's 1st edition campaign a fighter got an intelligent frostbrand. After several sessions he did something to royally p**** the sword so it started yelling "Here, dragon, dragon, dragon. Here, boy. I got a treat for you!"

I am actually running a 5e campaign revolving around a group paid to collect and suppress cursed items/weapons. I am about to add a sentient object soon, should have a blast with it!

My DM of 20 years ago made 2 other swords to oppose Black Razor. 1 being of LG alignment and the other of NE alignment. He put nasty additions to the weapons when they fought each other. This was kool, but deadly.

I broke my first intelligent weapon. Which in turn since I no longer had this special weapon , the party all died. I hate rolling 01 with percentage dice, twice in a row.!!!!!

Ok, what is the big difference in intelligent magic items between editions.

they are pretty cool. Borderlands 2 has a couple guns that talk, one was a Robot that becomes a Shotgun. that quest was fun and funny.